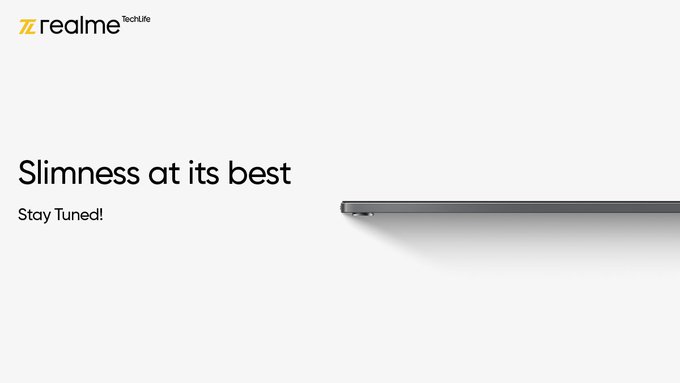 Realme is gearing up for the Realme Pad launch in India. Ahead of the official launch, the company drops a new teaser. The Post by Realme India top-chief Madhav sheth shows off the tablet’s slim design language. He claims that the Realme tablet has a slim and lightweight design. The company has not yet announced the measurements. But the previous leaks suggest it will have a 6.8mm thickness.

The tablet will launch on September 9, where we can expect the complete details about the device. Moreover, According to YouTuber Shail Karoul, the device will have a MediaTek Helio G80 SoC. The tablet is tipped to have a 10.4-inch AMOLED display with slightly thick black bezels around the display. Moreover, the tablet has a camera sensor on the right edge when held vertically. The choice of placing the front camera seems pretty practical for video calls. Furthermore, the Realme Pad will have an 8MP sensor on both sides. The only difference is that the front camera will come with fixed focus, and another one with autofocus. In addition, the device will house a 7100 mAh battery with fast charging. And supports a 6GB+ 64GB storage configuration with WiFi only/LTE models.