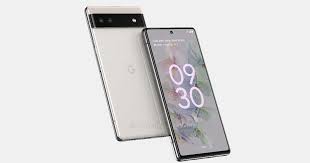 Google is gearing up to bring the Pixel 6a as it is planned to arrive later this year. Moreover,the previous leak of the pixel 6a shows the first look of the device. In addition, the upcoming Pixel 6a will get the same chipset as that of the Pixel 6 and the Pixel 6 Pro. Now, in the recent development, the upcoming Pixel 6a appears on Geekbench certification website. It suggest the details of processor, RAM, OS, and many more.

The company is soon going to bring the upcoming Google Pixel 6a as it appears on Geekbench listing. Moreover, the Geekbench listing reveals the key details of the upcoming Google Pixel 6a. As per the listing, the device will get power from the Google’s in-house Tensor chipset same as other Pixel 6 series. In addition, the device will arrive with two Arm Cortex-X1 cores at 2.8GHz, and two Arm Cortex-A76 cores at 2.25GHz. Alongwith, the four power efficient cores at 1.8GHz. Furthermore, the device will get pair with Mali-G78 GPU and will carry 6GB RAM. Additionally, it will run on Android 12 out of the box. In addition, the device scores 1050 points in single core test and 2883 in multi core test.

The device frequent appearances on Internet suggest that the device launch may be around the corner. However, there is no confirmation on the launch date from the company. But,we may expect the device to arrive this year sooner.