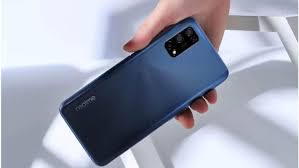 The listing reveals that the upcoming Realme 9 Pro will arrive with 12.6 MP rear shooter with f/1.8 aperture. In addition, the camera will have 72.4 horizontal degree field of view, and a 57.6- degree vertical field of view. The device’s camera will have primary rear shooter having Electronic image stabilization alongwith manual focus. Furthermore, this sensor will have ISO range between 100 to 6400. And, the listing further reveals that the exposure range will be between 1/10,000 to 32 sec.

Talking about the front camera specifications, the device will have 4.0MP Sensor with f/2.5, aperture. In addition, the device’s camera will have a 67-degree horizontal field of view alongwith 52.9-inch vertical field of view. Moreover, the front lens will also have EIS support same as the rear camera. Thus, allows ISO in the 100-6400 range and exposure range will be 1/10,000 to 1/2s. Other than this, there is no other details on the listing about the device.