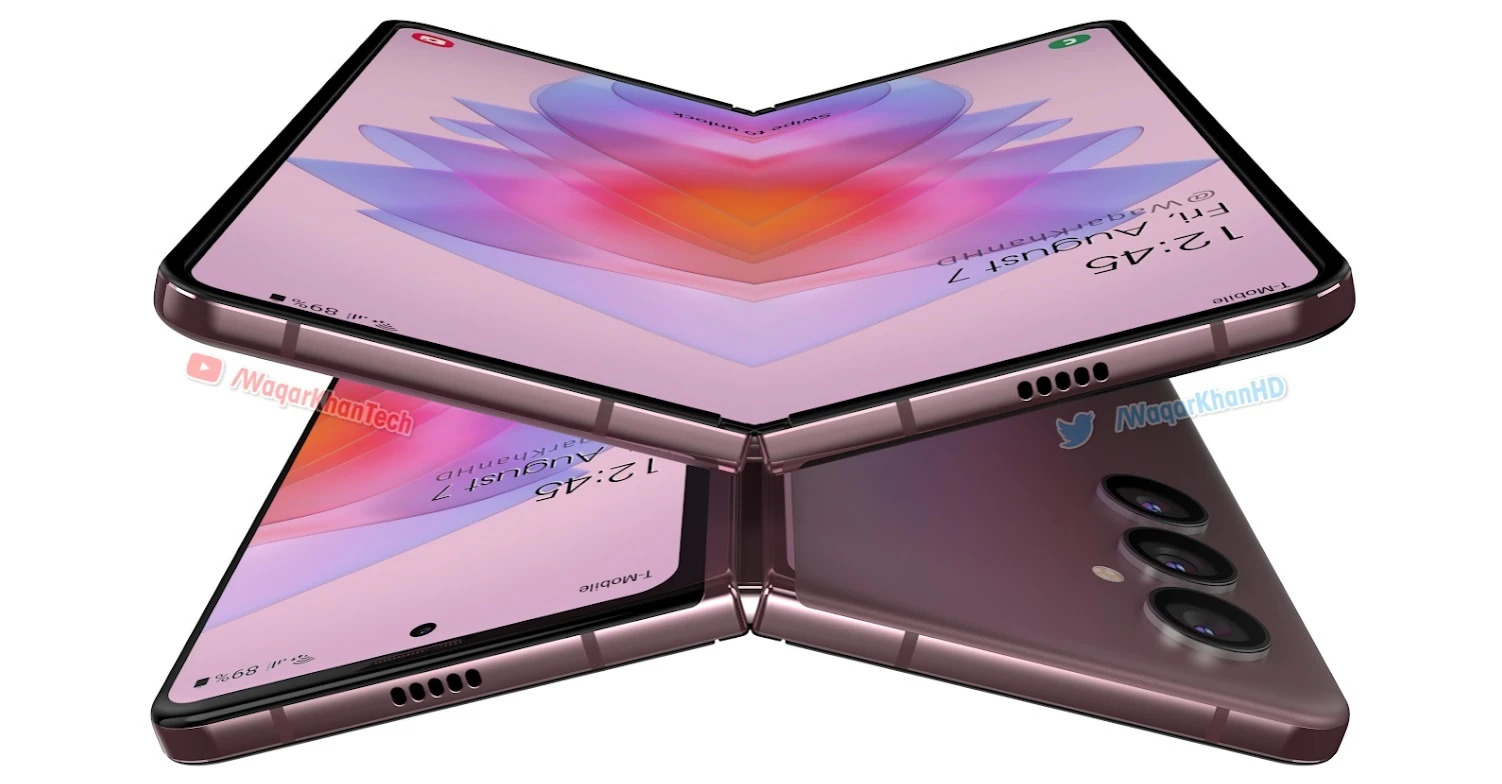 The company will soon introduce the next Foldable smartphone Samsung Galaxy Z Fold 4. However, the launch date is not confirmed officially. But, ahead of launch the device is surfacing online from past few weeks. Moreover, the designer Waqar khan reveals the concept design renders of the upcoming foldable device. As per his report, the upcoming device will have book like foldable design with internal and external display. In addition, the internal display will have 7.6-inch screen size. Whereas, the external display will be of 6.2-inch. Furthermore, the renders reveals that the upcoming device will get S pen stylus. But, there is no place to hold the S Pen in the image. However, there were earlier reports that shows device will arrive with s pen stylus slot.

Moreover, the company announces that the upcoming Samsung Galaxy Z Flip 4 a clamshell foldable smartphone will feature 1.1-inch external display. Alongwith, the internal display after opening flip will be of 6.7-inch with thin and tall display. Other than this, there is not much details regarding the upcoming Foldable smartphone. But, we may expect the company to reveal more details and launch dates in coming weeks or months.